The spectacular city of Samarkand is located in an enormous oasis in the valley of the Zerafshan river, not far from Kara-Kum desert, in the north-east of Uzbekistan, one of the most prominent cities at the time of trade along the silk route. Surrounded by high mountains, having enough water and productive soil, rich fauna, this valley always fascinated people from ancient times. The indication of settlements in this area dates back to 1500 BC. The town settlement of 1 millennium BC was located not far from the modern city testifying that Samarkand is one of the most ancient centers of central Asian civilization.

Samarkand, a crown jewel in the center of the desert that once became an important trading and resting place for camel caravans on their journey from China to and from Europe. We trace the legacy of the legendary Silk Road and explore how it still influences the city today.

Samarkand was in a perfect position on the network of roads, which once ran across Asia to Europe and covered a massive 10,000 kilometers and was functional for 2,000 years. Thousands of merchants, diplomats, pilgrims, warriors, and others passed through this city leaving their footprints behind them.

The main mission of the merchants who came here from different parts of the world and different times besides bringing their best commodities was the constant desire for knowledge, to exchange new revolutionary ideas, to exchange cultures, traditions, religions, and languages. Among those new ideas was the art of papermaking from China. The secret technique traveled to Samarkand and local craftsmen developed it further. The famous paper made from Mulberry bark was then exported worldwide. A few craftsmen still produce this paper manufactured by hand for the royalties. 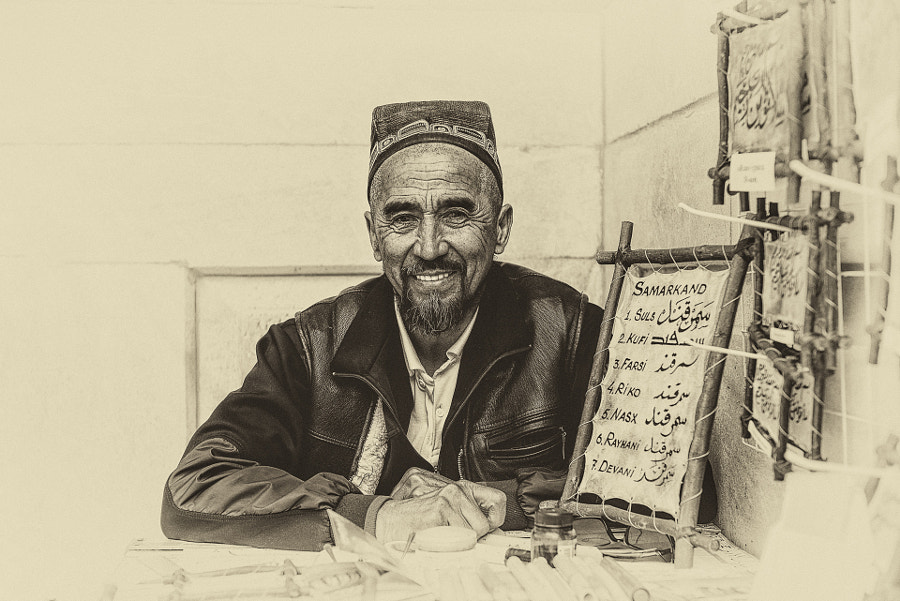 These craftsmen still use the traditional 1000-year-old technique in their workshop with the same wooden water mill. The Paper made from mulberry bark has a unique sound and is renowned for its exquisite quality. This paper was called Silk paper because of its smooth shiny surface. Many 9th and 10th century Arabic and Persian royal manuscripts were written on it. That’s why it’s known as Royal paper. The merchants sold this paper to Asia, the Middle East, and Europe. 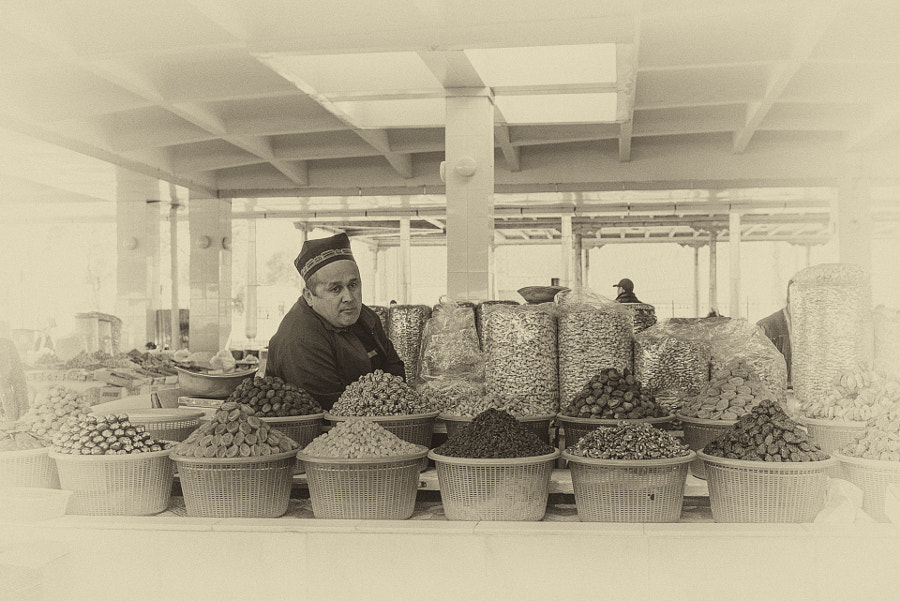 Most trading was done in the city’s many bazaars. Even today these are as busy as ever. The culinary ingredients imported to Samarkand were incorporated into the city’s cuisines reflecting a melting pot of various cultures. And the flavor of Samarkand is still in the air. The Great Silk Road brought spices like nutmeg, cloves, and black pepper into every household in the city.

Other than the spices, silk, porcelain, fine carpets, and weapons were frequently traded. Another important thing that was exchanged while trading was music and instruments.

One such instrument is Rubab. It is made from Mulberry wood. It has five strings and is covered with fish skin. It takes up to 12 months to carve one of this country’s musical Treasures.

Apart from commodities of trade, the various exchanges left a long-lasting influence on Samarkand’s architecture. Cities’ historical aspect and its creations are a testament to human genius and creativity, world arts, and its synthesis. The Afrasiyab city has preserved its original architecture and distinctive features. All the monuments represent material culture accomplishments in the concrete era of Central Asian history of the time. Wall decorations are still retained today. The growth of city planning, architecture, and arts of this area in the Timurid period played a significant role. These monuments are unique and there is a worldwide lack of analogies in other regions that were at the pinnacle of success at the same time. These architectural assemblies are only examples left of important stages of Central Asia and World History of the time The most noticeable building of that era is the Gur-E-Amir which is a mausoleum of the Great Asian conqueror Timur (also known as Tamerlane) in Samarkand. 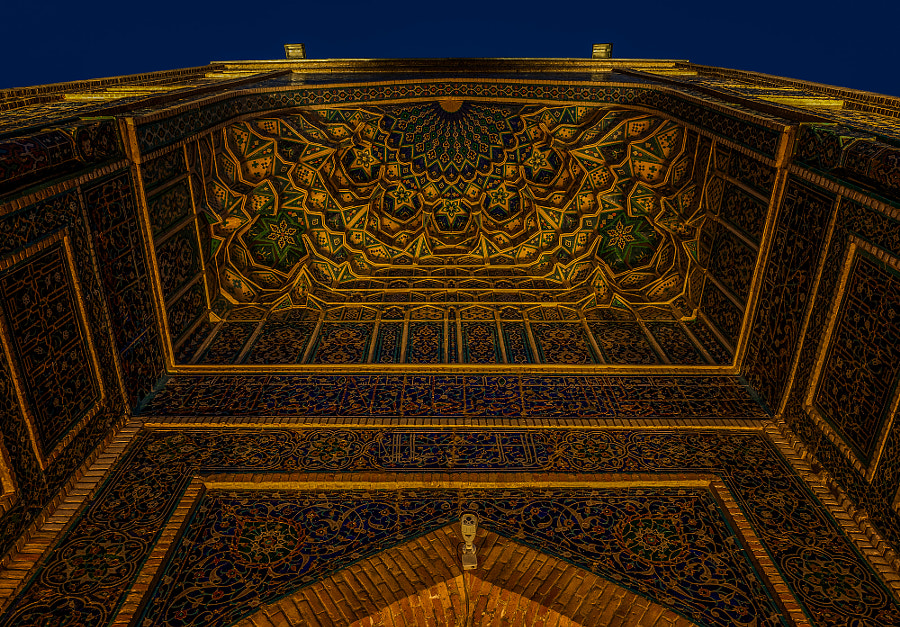 Architecturally, it occupies an important place in the history of the Persian-Mongolian era.

The team found an inscription at the opening of Timur’s coffin, “Whoever opens my gravesite will unleash an invader more terrifying than I.” The troop of Adolf Hitler invaded Russia within a matter of hours; the result estimated 26 million people died.

The Shah-i-Zinda which is a necropolis in the northeast part of Samarkand is also a wonderful architectural marvel. The complex consists of more than 20 buildings from eight (11 to 19) centuries.

One of the most famous monuments of Samarkand is Bibi-Khanym Mosque. It was one of the greatest mosques in the Islamic world in the 15th century.

Registan, the heart of Samarkand, Uzbekistan was the ancient city. Three madrasahs are surrounding it. The Ulugh Beg Madrasah, the Tilya-Kori Madrasah, and the Sher-Dor Madrasah are all three of the madrasahs.

Imam Bukhari Mausoleum is situated in the Samarkand suburb, at Payerik. It had been rebuilt by the government of Uzbek and supported by Muslim governments, with Saudi Arabia and Kuwait delivering bricks.

It is imperative that we preserve this impotent city and once again revive the Silk Route so that the exchange of culture, art, architecture, and music is established just like in ancient times.

1 thought on “Samarkand: A Blue colored jewel at the Crossroads of the Silk Road”

Embracing the Panic is our last hope

7 Health and Stress Busting Tips for People Working from Home